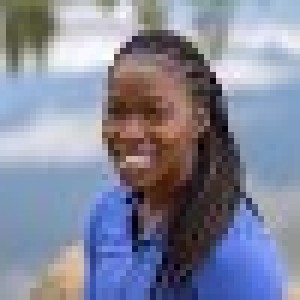 Want to Learn More About Eccentric Training?- Here are 3 Myths to Consider

An eccentric contraction is the forced lengthening of a muscle under load. Eccentric movements act as a breaking mechanism to protect muscle and tendon when muscle contractions are released. Skeletal muscle can generate a massive amount of force with minimal effort during eccentric contractions. The most damage is caused during eccentric contractions because of these higher forces and can lead to delayed muscle soreness1. This damage can be associated with decreased performance and increased inflammation; however, there is an interesting shift in the muscle length-tension that may occur as a result of eccentric  training1. A muscle’s length is determined by force generation and optimal fascicle length1. Muscle length or joint angle and muscle tension are used to describe muscle  forces1. Muscles operate ideally at several discrete lengths and vary in type1. Pennation angle, tendon compliance and sarcomere architecture also play a role in determining the force capabilities of a muscle which may be affected by eccentric training. The hamstrings are a powerful hip extensor and knee flexor. There biarticulate nature means the hamstring can undergo massive length changes and transfer significant forces, placing them at greater risk of injury1,2. The hamstring is one of the most frequent sporting injuries3. Eccentric training has frequently been prescribed and used in rehabbing sports injuries and strains3.

It is proposed that sprinters or sports with sprinting actions may benefit from increased eccentric strength at larger joint angles. This is because during the late swing phase the hamstring is stressed the most due to simultaneous hip extension and knee extension (figure 1). Cyclists may also benefit the most from eccentric strength at smaller joint angles as full hip extension is never reached and does not occur at the same time as maximum knee extension. Therefore, from a performance perspective it might be beneficial to shift the optimal muscle length of the leg to protect against injury, improve force generation ability and create a more robust athlete.

Brughelli and Cronin (2007) examined the possible mechanisms and implications of altering the length-tension relationship using eccentric exercise. They found acute shifts days after training in the foot flexors, forearms, quadriceps, upper arm and hamstrings. There has also been reports of a sustained shift in optimal length lasting 24 days following repeated bouts of eccentric training3. This shift could mean positive or increased performance for many athletes and reduce their risk of injury.

Many believe in the benefits of eccentric training however there are a few misconceptions out there that should be address.

1) Eccentric training will cause excessive soreness

Bower, Morgan and Proske (2001), looked at the training effect on the hamstring after an immediate dose of eccentric exercise. They did this with the intent to measure an athletes’ susceptibility for major hamstring tears, which would allowing for better program design and guide training programs. Ten subjects aged 18-29 years old with no regular weight training experience where used. The Nordic hamstring curl was the eccentric exercise used. Subjects performed twelve sets of six curls on two separate occasions, day 1 and day 8. One would expect overall muscle soreness to be significant following initial training bouts for untrained athletes because of the novelty of the training method. However, after the first training day most individuals reported only hamstring soreness when they were touched and very minimal pain when walking. There was even less soreness following the second bout of eccentric training 8 days later. A shift in the length-tension relationship was measured and may have been a contributing mechanism for this reduced soreness. As well, allowing the muscle to successfully work and produced increased forces at longer muscles lengths. This improvement would have come along the descending limb of the force velocity curve (Figure 2).

There are some precautions one must take when interpreting this paper. There was a lack of randomization and a very small subject number. As well, the use of the Nordic curl raises some questions as to the translation to sporting performance as dynamic actions require concentric, isometric and eccentric muscle actions. Which is not relevant in an exercise like the Nordic curl. From experience, this type of exercise is great to build athletes’ awareness of their hamstrings in order to take that feeling into more dynamic elements. It may not be as relevant to performance if used in isolation.

2) Eccentric training must be slow to get benefits

Eccentric training can improve flexibility, or better yet, stability and the overall robustness in athletes as we are improving the muscles strength at increasingly longer lengths which is beneficial1. If you can improve the strength of a muscle through varying ranges this would benefit the performance of an athlete especially if large joint ranges of motions are frequently needed. A dancer, for example, would need a ton of strength and stability to control their limbs in a grand jete, while at the same time look powerful and elegant. Improving strength at longer muscles lengths would be critical for injury prevention, especially in these populations. From experience, excessive tightness and stiffness following any type of training is usually due to a lack of proper recovery techniques. Therefore, continued education on what recovery is and developing an athlete’s self-awareness of what works for them is important from a long-term athlete development perspective. Nutrition and proper hydration should play a large role as well.

However, just like any good training program, applying the appropriate amount of stimulus at any given time will be key to how an athlete will feel the next day. If the stimulus is new to the athlete keeping the volume low and high quality in the beginning, could help mitigate excessive stiffness.

As soon as kids are introduced to sports and are subsequently running, jumping and changing directions, they must manage eccentric forces through a variety of movements. If youth athletes have not developed proper movement patterns for acceleration and shock absorption, they are at increased risk of injury4. The goal with youth training should be to develop movement proficiency in landing, changing of direction and sprint mechanics. As the injury rates in youth sport continue to  increase5, improving elements such as landing mechanics from varying heights and directions as well as decelerations mechanics are extremely important. Both are examples or eccentric training methods. If using less dynamic exercises such as a Nordic hamstring curl can increase muscle strength at longer lengths, effective eccentric work may give youth athletes more control over their bodies. The question is where does one start?
As a personal trainer in Calgary, I have a strong youth program and we are addressing the long term development of all our young athletes.

Work with one of Canada’s top personal trainers.